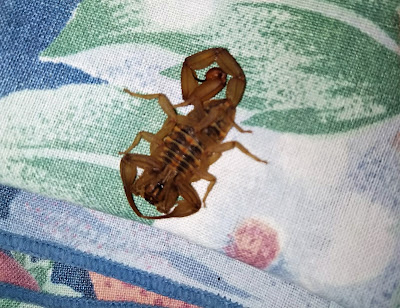 We were doing yoga on our outside patio in Sayulita. It's hot here right now, so I asked Jon to bring me a "sweat cloth". We keep a basket of cloth napkins out on our patio table to use when we exercise. I didn't look at it when he handed it to me while I sat relaxing on my yoga mat. But my lizard brain registered that my thumb was lightly resting on a small coiled object--like the tail of my dried seahorse I keep in a shadow box.

I looked down at the cloth and, in a flash, realized my thumb was on the coiled tail of this scorpion, screamed, and threw it on the ground! I called Jon over and together we studied it closely. Of course, neither of us had our glasses on as we were doing yoga, but we agreed that he was dead.

I said, "This is worth a photo," and I picked up the cloth by the corner, set it on my computer keyboard, and went to grab my phone for a shot. As soon as I had taken the photo, that scorpion came to life and scrambled between the folds of the cloth, trying to hide. I screamed again, "Jon, he's NOT dead! Get your flip-flop! I'm going to pull him down onto the ground and you hit him." 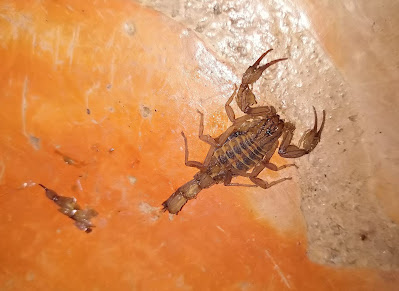 As soon as Jon was in position (and I had checked that Bella, our doxy was nowhere near), I grabbed the corner of the cloth, pulled it off the keyboard, and let it drop to the floor. That scorpion started running across the tile floor toward Jon and he was FAST! It took two whacks with Jon's size 10 flip-flops to flatten that bugger.

We knew the rainy season brings the scorpions out, but I had sprayed the perimeter of the patio 3 months ago with a new insect repellent called H24 ProGarden Casa y Jardin because Home Depot was out of Home Defense. Reading the label today, it says it only works for TWO months.

I found out that Home Depot doesn't carry Home Defense any longer. It's time to put it on my calendar to spray every two months, as much as I hate spraying pesticides. We don't want those poisonous scorpions in our home. If one stung our dog, it could kill her. If we were stung, it would mean a trip to the hospital for a shot of anti-venom. It's just not worth the risk!

MY GRATITUDE FOR THE DAY: I am thankful that the scorpion did not sting Jon while he was handling the cloth, nor me while I had my thumb on the scorpion's coiled tail!

For more true tales of expat life, check out my book, "LIVING IN MEXICO, LESSONS LEARNED: Healthy Living in Mexico #3". 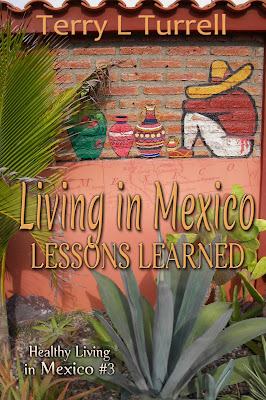 Take a look at the other books in the Healthy Living in Mexico series to follow Jon and Terry's adventures in Mexico.

I invite you to SIGN UP for my Healthy Living and Traveling in Mexico Monthly Newsletter, published monthly with stories about our latest adventures, my recent blog articles, and news about my books. 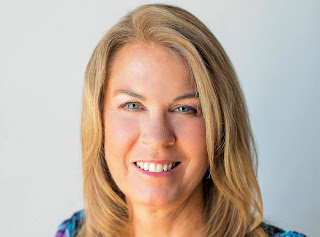 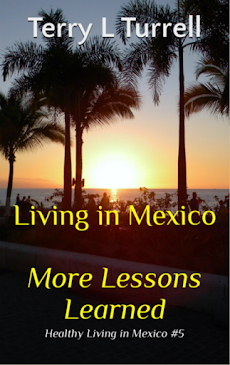 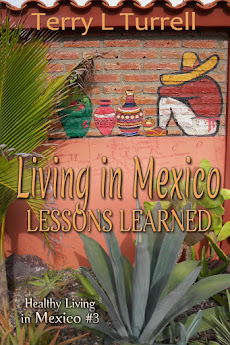 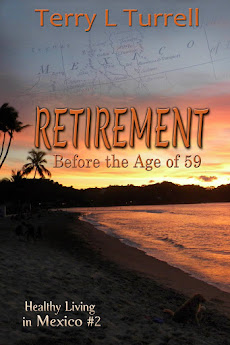