3 UNEXPECTED REASONS TO HAVE LUNCH AT SEÑOR FROG’S IN PUERTO VALLARTA--Even As An Expat! 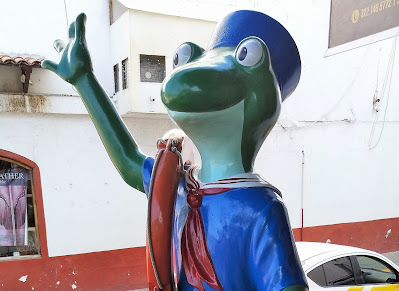 There are Some Good Reasons to Sit Here for Lunch

While taking our weekly walk along the Malecón, we passed through the outdoor seating area along the sidewalk at Señor Frog’s restaurant and I noticed someone eating a hamburger with french fries that looked yummy. I was hungry, we'd already walked half a mile from the Witchery Hair Salon, and it was lunchtime, so I suggested we try their burgers. Jon knows that when I say I’m hungry, we have five to ten minutes to sit down somewhere with a menu in front of us, so he reluctantly agreed.

Señor Frog’s seems rather touristy—we haven’t gone to one for a meal since our younger days in Mazatlán when Jon would watch Monday night football there. One of my favorite photos of him is with the grumpy, scowling Señor Frog statue there. I love Jon’s matching scowl. Señor Frog seems to be happy in Puerto Vallarta—or maybe that’s the current impression he wants people to have of the experience they’ll have at the chain locations. 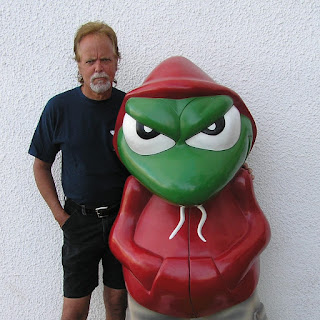 1.    A Front-row Seat to Watch the Flying Papantla Bird-Men 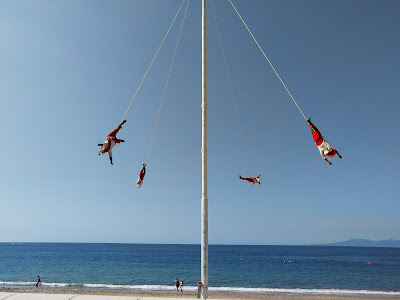 Seated at an outdoor table, we placed our order and settled back with a soda to wait for our hamburgers. Suddenly I realized we had a front-row seat to watch the Flying Papantla Bird-Men. I enjoyed them this week as much as I did the first time I watched them years ago. I wrote about them in 2014, long before we decided to move here, in my Healthy Living and Traveling in Mexico blog article PUERTO VALLARTA, JALISCO: ARomantic City with So Much to Offer!

A Short Video of the Flying Bird-men

As the bird-men twirled and descended to the beach, one man playing traditional flute music, I was mesmerized by the show. I walked up to the seawall to wait for them to touch down and then dropped a 40-peso ($2US) tip into their cap. When I returned to our table, I realized another good reason to sit at Señor Frog’s. 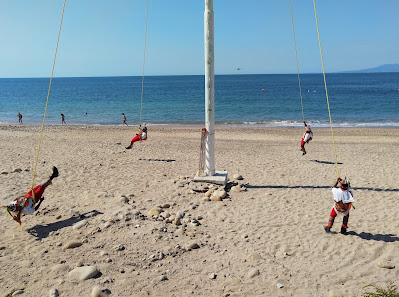 2.    The Whales are Here and We Could Watch their Show During Lunch!

I was gazing at the beautiful blue sky reflected in the tranquil cerulean ocean when I suddenly saw a whale breach the surface and spout. It was likely a humpback whale, the most common one here during the winter. It could have been a blue whale or a sperm whale, but we were too far away to see them clearly.

I was so excited to see that the whales had arrived after their migration south to Banderas Bay off the coast of Puerto Vallarta to breed and raise their calves. For a couple of years recently, very few whales were seen here because the water temperature had altered their food source in the area.

Soon, we realized there was a second whale alongside the first. A sailboat slowly motored over so the passengers could watch the whales who were clearly putting on a show. The two whales swam around the boat, breaching and spouting repeatedly. They were in no hurry to swim away from the boat.

Suddenly, Jon pointed and said, “Look! Two more over by that other sailboat to the left!” It was so fun to watch the whales show off—I think they are friendly creatures and enjoy the interaction with humans as much as we enjoy them. Señor Frog’s was a great spot for whale-watching!

3. We Added Two More Sculptures to Our “Landmark Game”

Jon devised a clever way for us to learn our way around Puerto Vallarta on foot—the “Landmark Game”. We learn street names and routes to our favorite restaurants or other places by the sculptures that sit on the Malecón. We nickname the landmarks so we can remember them, then I research the actual name and artist information.

The turn to No Se Nada restaurant is at the “Ladder” sculpture, named “In Search of Reason” (En Busca de la Razón) by the famous Mexican artist, Sergio Bustamante, a very distinctive 30-foot-high statue “with three strange pillow-headed figures and a ladder that two of them are climbing, like looking for an answer farther and above the normal limits of humanity, maybe up in the sky or beyond”. This one sits at the ocean end of Corona Street.
We added and nicknamed the “Lovers” sculpture to our landmarks that day, situated at the end of Pipila street. We turn there to go to Aura Spa, where we get massages, and Señor Frog’s is located at that corner, too. The “Lovers” sculpture is named “Nostalgia” (1984) by Jose Ramiz Barquet. 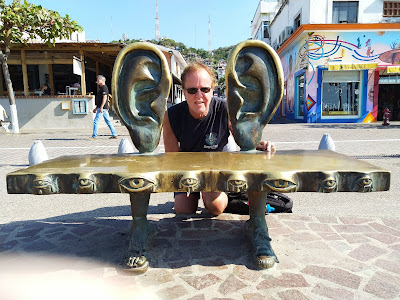 While walking along the Malecón from Señor Frog’s toward home, we discovered another sculpture we’d never noticed—the “Ears” sculpture, which is actually a bronze bench facing the ocean. It’s in a circle of eight whimsical sculptures called “The Roundabout of the Sea” (1996) Alejandro Colunga. Each sculpture is uniquely unusual and is molded into a chair or bench, the tall ones dominating the circle, so we’d previously missed seeing the “Ears”.

According to this article on puertovallarta.net, “These strange seats invite you to enjoy them, take a seat, touch them and get your photo taken for posterity. Alejandro (the artist) loves this and makes it clear he actually created the works with this in mind, he is convinced that human touch and the interaction gives the statues a patina and color that they wouldn’t have if they were protected, a 3D coloring.”

That day, surprisingly, Jon agreed to pose for a photo with the “Ears”. We hadn’t even ordered beer or margaritas at Señor Frog’s! Located where Aldama street ends and intersects with the Malecón, it's located across from the Tierra Huichol store. It is now our landmark for the one-mile point to our home, a good place to rest while gazing at the Pacific Ocean and watching people stroll along the boardwalk.

Time for the rest of our healthy walk along the ocean and into Old Town. A stop for a hamburger at Señor Frog’s had turned into a fun, healthy afternoon. Next time we'll have to order a margarita or beer—maybe we’ll be more inclined to laugh at the silly décor inside the restaurant. 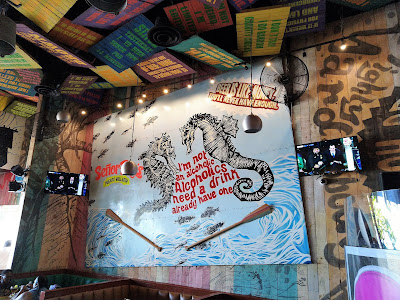 Some of the Silly Decor inside Senor Frog's

1. Hamburgers at Señor Frog’s are a nice change from fish tacos.

2. The sculptures sometimes get moved so check Google Maps for their current location.

Have you read Living in Mexico Lessons Learned: Healthy Living in Mexico #3? This is my most popular book this year, thanks to many readers downloading it and leaving great reviews. Available worldwide, it’s FREE with kindleunlimited. 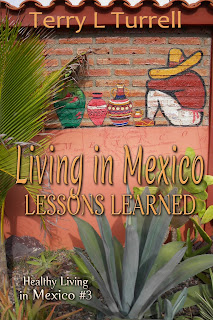 Thank you for reading my blog articles and books. As a self-published author on Amazon, I love it when readers leave a brief review of my books to help others find them. I invite you to SIGN UP for my Healthy Living and Traveling in Mexico Newsletter, published monthly with stories about our latest adventures, my recent blog articles, and news about my books. If you’d like to take a look at my recent newsletter, you can read it HERE. 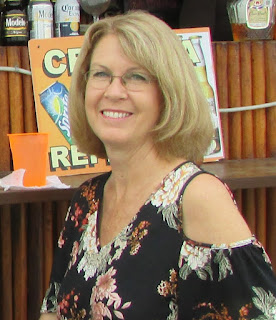