SHIPPING A PRESCRIPTION TO MEXICO: What Worked and What Didn't

Running Short of a Prescription Medication While in México 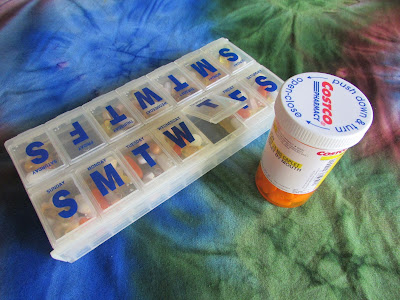 What happens when you are in México and realize you are going to run out of one of your prescription medications? And then you find out it’s one of those specialty medications that is not available from any pharmacy in México? That’s what happened to us this winter and we had to figure out how to have a bottle shipped to us from the United States.
How Did We Run Out?
Each fall when we return to our home in México, we plan very carefully and bring a year’s supply of all of our prescription and over-the-counter medications with us. But this winter, Jon’s doctor doubled the dose of one of his prescriptions, meaning he was going to run short by about 90 tablets before we returned to the U.S. in July.
What About Having FedEx Ship a Prescription to Us?
We had to try to have the prescription shipped to us. It was not a controlled substance such as pain pills or sleeping medicine, just a maintenance medication, so it should be no big deal, right? We’ve had two other items, a Zumba poster and a digital scale shipped to us in the past and eventually received them. But what about prescription drugs? We had to try.
We know from past experience that FedEx can’t find our home address and the Mexican mail service is very undependable. So, we decided we could have our son send the prescription bottle through FedEx to our new FedEx office at the Lollipop Toy Shop in Sayulita.

First Step: We had the Costco mail order pharmacy ship the prescription to our son in Bend, Oregon two months ago.

Next Step: Our son packaged the bottle with its receipt, as required for international shipping, and sent it via FedEx to the Lollipop Toy Store/FedEx office, at a cost of $115 US dollars, including shipping and import tax, about the same value as the medication. A week later, FedEx sent him an email stating that his package was hung up in customs in Guadalajara, México (Aduana de Guadalajara).

Customs wanted five forms completed before they would release the package:

1. NOM Letter (Whatever that is)
2. Value Manifest
3. Health Permit
4. Import Register
5.Technique Information
FedEx also suggested in their email that we hire an importation broker to handle completion of the forms. This sounded like more money and lots of hassle, but Jon doesn’t give up easily. He googled importation brokers in Guadalajara and Puerto Vallarta and contacted several of them, but none would do it (probably too much work for one little pill bottle).
FedEx stated that they could ship the package back for another $115. We decided that was too much expense, so we were going to have them dump it in the trash. But before we knew it, another email came to our son stating that the package was on its way back to him and his credit card had been charged another $115. Frustrating! On the bright side, we could pick up the 90 tablets of Jon’s medication from our son when we arrived in Oregon this summer.


Moral of That Phase of the Story
Don’t try to ship your medication into México. I’ve since learned that it doesn’t work to ship liquids of any kind into México either. We tried having a case of 7th-Generation Free and Clear laundry detergent shipped to us because I’m allergic to fragrances and dyes. That made it to the El Paso, Texas border and then was “lost”. We learned that lotions, shampoos, and other liquids are not allowed to be shipped internationally. But, there are other ways... 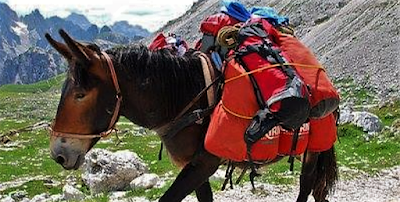 We Needed A Mule!
We still needed to get the medication somehow. I’m a member of the Mexico Mule Forum, a Facebook group where people in México connect to ask someone who is traveling from another country into their area if they will bring an item down for them, usually in exchange for a small gift, gas money, or as a favor. I thought about posting a request for help on the Mexico Mule Forum to see if we could find someone who was coming to the Puerto Vallarta area and would bring Jon’s prescription medication down with them.

And then I recalled that some friends of ours were coming to visit Sayulita in about a month. Maybe they could help. I emailed them and asked if they were willing to “mule” Jon’s medication down with them. They heartily agreed. I then asked if they would mind if we had Amazon ship a special RV tire pressure gauge since ours had broken recently and we really needed a good quality one for our motorhome trip back to the U.S. this summer. They were happy to bring that, too.
Jon contacted Costco mail order pharmacy and asked them to ship another 90 tablets to our friends’ home in California, explaining that the first order had been lost in shipment. He ordered the RV tire pressure gauge to be sent from Amazon.com to our friends’ home.
A month later, we met our friends for dinner at Miro Vino, one of our favorite restaurants in Sayulita, and they handed Jon his package. Friends helping friends—that’s what worked.

eBook only $2.99 or FREE on kindleunlimited! 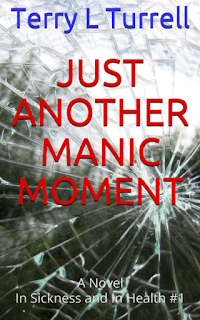 When they fell in love, it was powerful. Then Jake was diagnosed with depression and bipolar disorder. Could Lindsay tolerate the chaos from Jake's wild mood swings? Would newly discovered gene assays and blood tests indicate choices for a better treatment? Would escaping their stressful lifestyle and moving to México give Jake and Lindsay the new start their relationship needed?
Available on Amazon worldwide!
To Read More and Download: Amazon.com
Canada: Amazon.ca
United Kingdom: Amazon.co.uk
Mexico: Amazon.com.mx

I invite you to SIGN UP for my "Healthy Living and Traveling in MexicoNewsletter", published monthly with stories about our latest adventures, my recent blog articles, and news about my books.


My Amazon Author Page*
Posted by Healthy Living and Traveling in Mexico at 4:56 PM